the week in snaps...

My BSBP partner should be getting her soup soon! Here's what I sent... 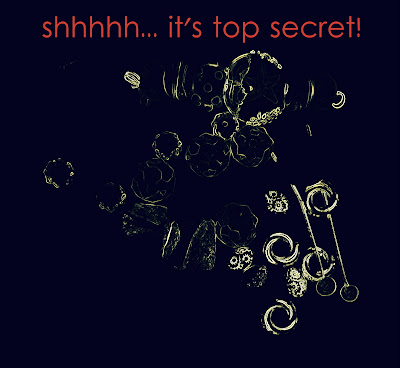 I hope she likes it! ;)
I received my soup from Julie and I'll be posting pics of it in the next day or so but let me tell ya GORGEOUS stuff!!! 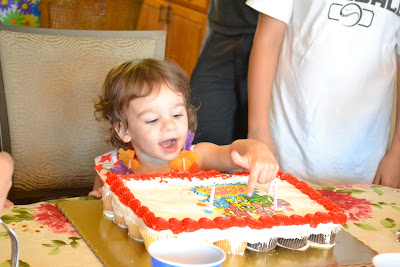 The birthday boy enjoyed his cake...we had to keep lighting and relighting the candles about 17 times because  he loves blowing out candles (even when it's not his birthday lol!) 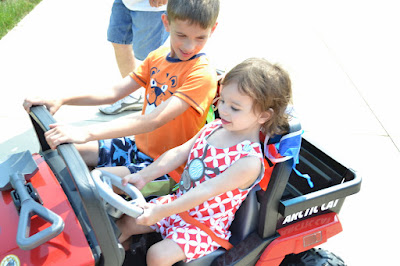 Then he took his big brother for a ride in his new set of wheels from Nonna & Nonno (grandparents). I was worried it would freak him out at first, especially since I had the brilliant idea that 5mph isn't really that fast and so I took out the safety screw on the little speed control forward/reverse thingy that keeps it in low gear unless you remove. It didn't freak him out at all, it did however give us all a workout running after them to make sure they didn't run over the dog, kill the vegetable garden or take out any of the shrubs. 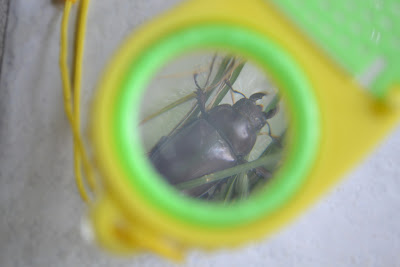 We have a new visitor that's just been chillin' with us for a couple of days. After posting to facebook and hearing back from some of my bug brainy friends, we have figured out she's a Stag Beetle, enjoys mushy banana bits and sugar water. She's approx. 2 1/2" long not counting her pinchers and she's really quite interesting to have around and peek in on. Except for Lucas who walks by her and says " ewwww, buggy" and then makes a dry heaving gag sound. He apparently would rather stick to catching and smooshing ants :) 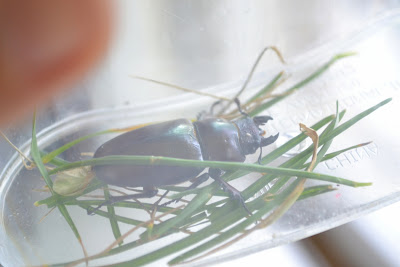 Also after spending 5, 834, 923 (or something like that) hours putting together the birthday boys train table of which the two drawers alone ended up being a huge pain in my ass to assemble, he's decided they make the perfect place to sit while he plays while I hold my breath hoping that  he doesn't go crashing through the bottom and the 23 extra screws I had left over is perfectly normal. (I'm not even kidding even a little bit about the screws, yikes!) 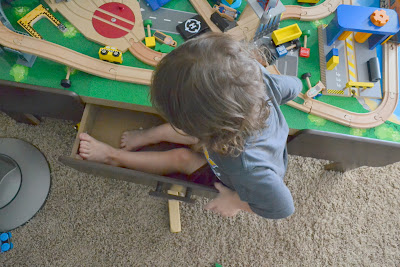 So there's a glimpse  at  the past several days :)
I'll be back tomorrow to show you my soup!!

EB Bead and Metal Works, LLC said…
Oh...can't wait to see what you both sent each other - almost like Christmas in July :)
It looks your birthday boy had a blast - I agree with him - love to blow out the candles :)
Uhm...no bugs for me...freaks me out totally!
I also always end up with extra hardware assembling pieces - I think it is common for everyone.
Have a wonderful Friday and weekend!
7:33 AM 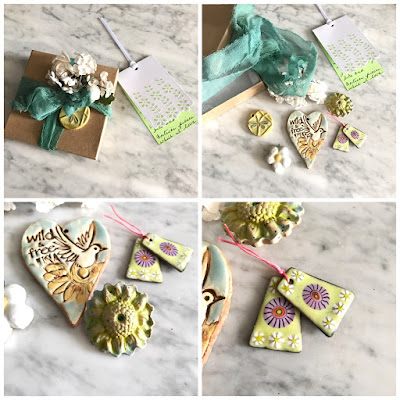 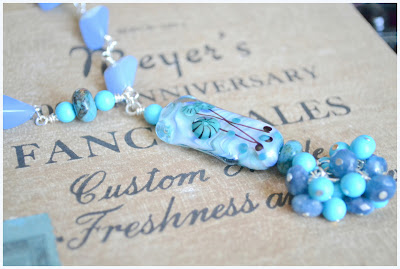